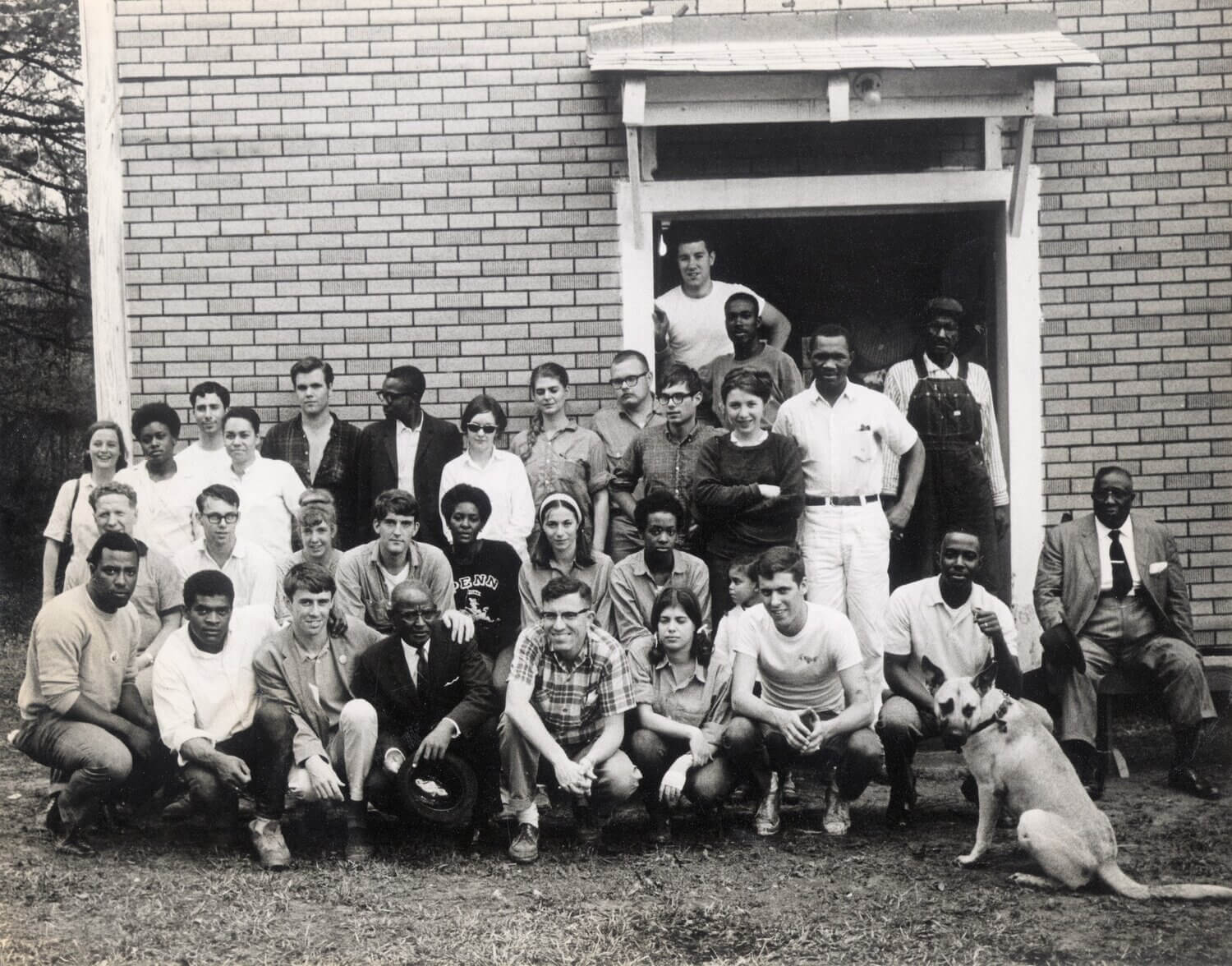 The White Knights of the Ku Klux Klan of Mississippi was one of the most violent Klan groups in the history of the United States.

The group was linked to the murders of three Civil Rights workers (James Chaney, Michael Schwerner and Andrew Goodman) in Philadelphia, Miss., in 1964, Clifton Walker near Woodville in 1964, Henry Hezekiah Dee and Charles Moore along the Mississippi River in 1965, Earl Hodges in Franklin County, Miss., in 1965, and Vernon Dahmer in Hattiesburg in 1966, as well as multiple arsons, beatings, bombings and intimidation projects.

Some members of the White Knights involved in some of these murders also were members of the Silver Dollar Group, a Klan within a Klan which terrorized southwest Mississippi and parts of northeastern Louisiana.

During the mid-1960s, the U.S. House of Representatives Committee on Un-American Activities (HUAC) held hearings on the Klan. In December 1967, the committee released a report on its findings.

Leaders of the Louisiana group were John Swenson and Royal Young. As was common in Klan groups, dissention often grew over money and issues of violence.

Original Knights members in both Louisiana and Mississippi began to question Swenson and Young over how they were spending Klan funds, which were collected through membership dues, the sale of Klan uniforms and the sale of Klan propaganda publications and souvenirs. Another problem was that some within the Original Knights felt Swenson and Young were prohibiting acts of violence.

By late 1963, a small number of Mississippi Klansmen conspired to create a new Klan group in the state. In December, Royal Young banished three Mississippi Klansmen from the Original Knights – E.L. McDaniel, Douglas Byrd and Ernest Gilbert. Each was labeled as a traitor to the Original Knights for allegedly badmouthing Swenson and Young while also helping to form the White Knights.

Sam Bowers of Laurel was elected the imperial wizard.

According to HUAC, the White Knights constitution restricted its operations to Mississippi only as opposed to other Klans that did not restrict its territory. However, during the 1960s there was White Knight recruitment in Louisiana, especially along the river parishes of northeastern Louisiana and in Bogalusa in Washington Parish, which borders Mississippi on two sides.

HUAC reported that White Knights leader Sam Bowers, the imperial wizard, considered the Mississippi Klan group a military operation that did not recognize democratic procedures. He was assisted on the state level by a grand dragon, grand giant, grand chaplain and grand director of the Klan Bureau of Investigation (KBI).

According to HUAC, the grand director of the KBI coordinated “the work of province investigators and klavern investigators, in addition to a number of ‘executive’ investigators who are appointed by and report to the imperial wizard.

“These White Knights investigators are the eyes and ears of the klan. They investigate members whose actions are suspicious, particularly watching for those who might be supply information to law enforcement agencies, Federal and State. Outside the klan, they investigate persons and organizations in civil rights activities and recommend harassment such as cross burnings or acts of violence such as beatings, burnings and bombings.

“As White Knight officers, the investigators may authorize and even participate in acts of violence. However, acts of extermination (murder) require the approval of the imperial wizard, who is supposed to obtain the advice and counsel of the grand chaplain.”

HUAC investigators reported that White Knight units, known as klaverns, were established in half of Mississippi’s 82 counties and that by the fall of 1964 active membership reached 6,000.

White Knights members were known for their secrecy. The group did not hold public rallies or public functions.

By the summer and fall of 1964 the White Knights were losing membership to the United Klans of America, which would become the largest Klan group in the United States during the 1960s. The White Knights also had been linked to murders and other crimes from 1964 to 1966 that caused many members to leave the Klan or join the UKA or other Klan groups.

HUAC investigators “uncovered the names and locations of 52 klaverns which were established by the White Knights in the State of Mississippi” during the mid-1960s.